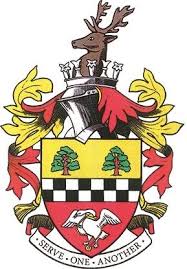 Following discussions about the health of wildflower sites across Buckinghamshire and the publication of the State of the Environment Report, Chesham Town Council has begun the process of trying to materially improve the quantity and quality of wildflower sites in and around the town.

Berkhampstead Field is located next to Nashleigh Hill Recreation Ground off Vale Road and is just over 2 ha in size. The field is managed as a chalk grassland habitat in partnership with Chesham and District Natural History Society (CDNHS) and is a designated Local Wildlife Site. The field has been recorded as containing 38 wildflowers species and 12 grasses, including some key chalk grassland species. Seven butterfly species have been found there, including the dinghy skipper, which is declining in range in the UK.

The field was grazed by cattle belonging to a local farmer through an informal agreement between the 1940s and 2008. When the farmer retired, the field initially underwent amenity grass cutting to keep the field “looking tidy”. A member of the public alerted the Council to the potential of the field as a chalk grassland habitat. 80% of naturally managed chalk grassland has been lost from this country since World War Two, making the site potentially very important for wildlife. The Town Council teamed up with CDNHS in 2010 to trial a more natural approach to the site’s management. The grass is now cut once a year and the cuttings are taken away to ensure that the soil nutrient levels are poor; a key ingredient for a diverse grassland. The new management system has enabled the wildflowers and grasses to flourish, culminating in the designation of the field as a Local Wildlife Site.

You can find more information on the Chesham Town Council Parks and Open Spaces website.